Everyone knows that a fire extinguisher is used to eliminate a fire, but many people are unaware that not all fire extinguishers can tackle all kinds of fire. Using the wrong type of extinguisher for a fire can not only be ineffective, but it can be deadly. This article is going to explain the different classes of fire, the various types of fire extinguishers and which are the most successful pairings.

There are six classes of fire. Different types of fire extinguishers have different levels of effectiveness against each class. The six different classes are:

Class A – class A fires include fires caused by combustible materials including paper, fabric, wood and other flammable solids.

Class B – includes fire caused by flammable liquids such as paint, turpentine or petrol.

Class C – caused by flammable gases including methane and hydrogen. 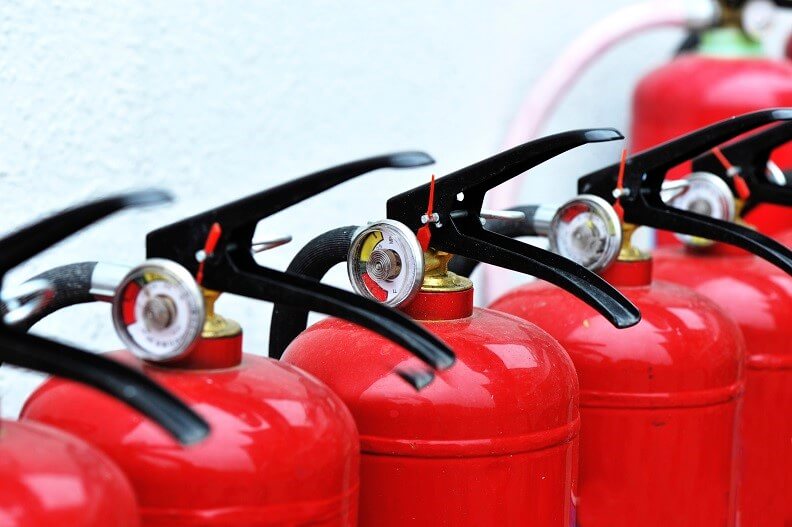 The foam extinguishers create a foamy barrier that separates the fuel and the flame. Without fuel, the flame is unable to persist, and is therefore quickly extinguished.

Dry powder fire extinguishers are a little like a double-edged sword. On the one hand they’re great at tackling a number of fire types. Technically, they are equipped to extinguish Class A, B, C, D and electrical fires. The downside, however, is that they must not be used in enclosed spaces, as the dry powder could easily be inhaled. Dry powder is similar to foam in that it creates a barrier between fuel and fire.

Wet chemical can be used for class A combustible material fires, but is mainly used to combat class F fires — fires caused by cooking oil, such as a chip pan fire. In a panic, many people immediately think to douse their chip pan fires with water from the kitchen tap, but this can exacerbate the fire greatly. Wet chemical works because of the chemicals involved, and must be used as the main combatant against cooking oil fires.

CO₂ is great for electrical fires and perhaps slightly lesser known for its use on flammable liquid fires. The extinguisher works by suffocating fires. The CO₂ displaces the oxygen, removing the gas that the fire needs to burn effectively.

Cheshire Fire are dedicated to providing fire safety education, along with a wide range of fire safety equipment and services, to domestic and commercial clients all throughout Cheshire. To enquire further, give us a call today.